In the first devblog I wrote about what I did few days before I wrote the post. Now that I changed the old “hotbar” system to “hands” system, few other changes have been considered and made.

The build is from the “original” branch, with the main intend to change the game in original ways, rather than the releasing branch “main” which is the stable one. Made things be release worthy and now that things mainly work, this patch contains all the new updates.

Besides this new game mechanic changer, I also improved the menu and the HUD in-game. I consider it looks much better and feels more original. 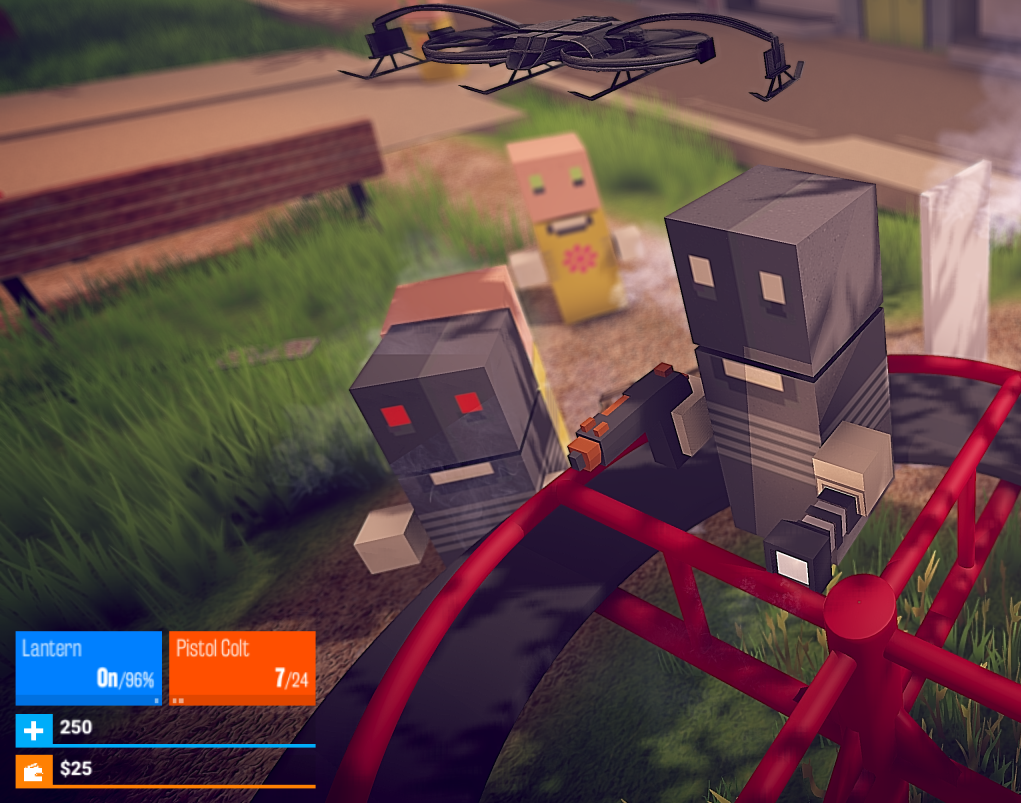 The UI is inspired by a previous idea I had for the game, back in 2016.

Now you can hold 2 items at once. Main idea being of holding a weapon with the right hand and a tool with the left one. Right now only few weapons and tools have viewmodels/can be held; Lantern, Pistol Colt, Uzi, Shotgun, Rifle and Grenade.

I wrote the entire viewmodel manager again and made it more flexible. NPCs will be able to have weapons as well, owning an inventory and be able to use the items by themselves. I’m imagining the NPCs will be lootable by next month’s update.

Technically, the player and NPCs would use a ViewmodelPlayer in which you plug in the settings preset object which lists the viewmodels, and pivots where the viewmodels will be spawned. The player has a PlayerViewmodel which controls and plugs in selected item.

With the development of the NPCs and easy plug and play, I often had the curiosity if I can add drones in the game, so I wrote an aircraft physics system, completely based on rigidbody physics and raycasting. It has stabilization and push detection. It also has dust when the propeller has enough speed and too close to something under it (the ground or other objects). Things have to be improved, but I’m getting there. It also has a lot of possibilities to make this mechanic (more) fun. 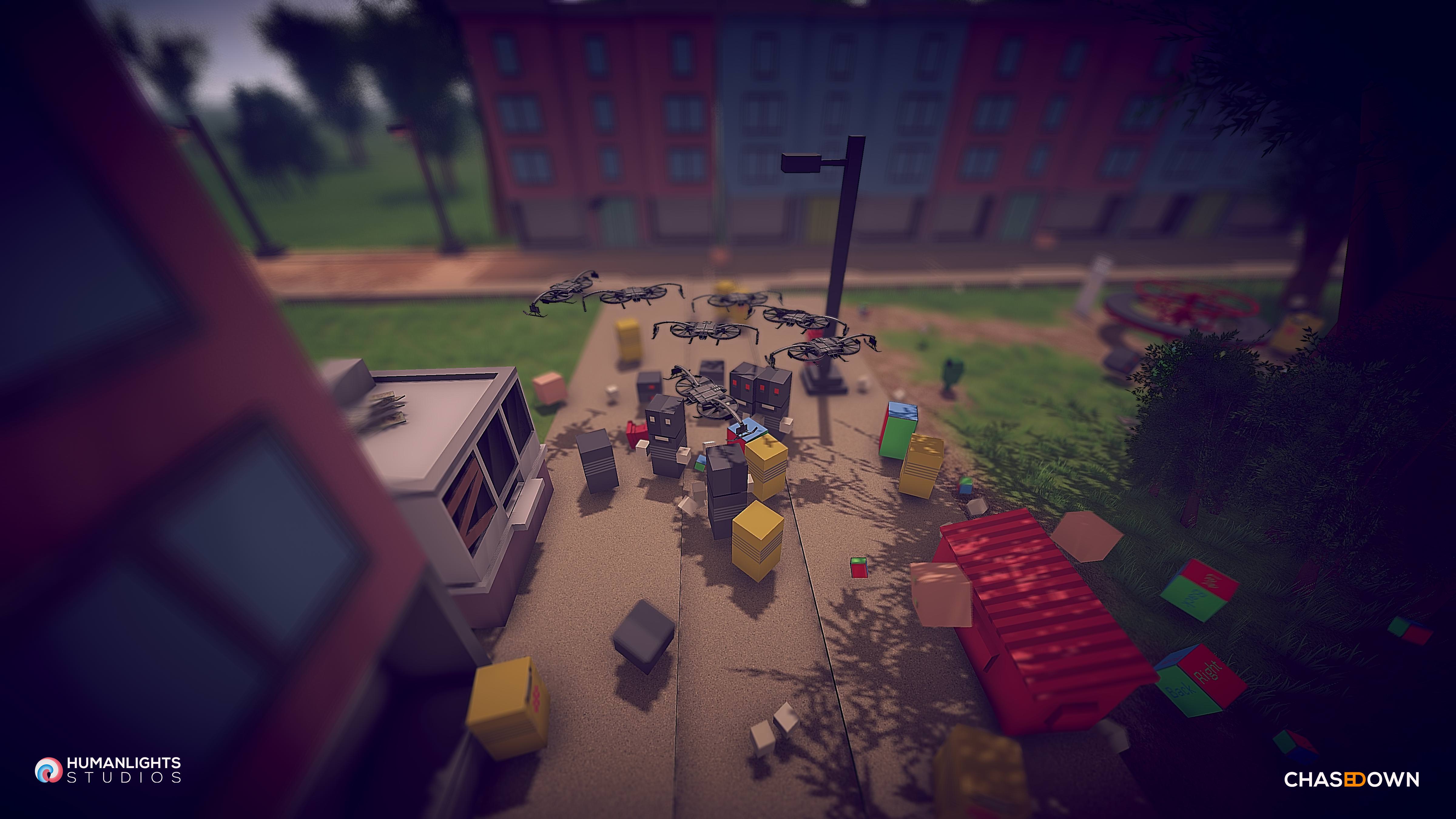 Added a new world object which currently has the same “mentality” as the thief NPC (it follows the player when they see him). I’ve got a lot of plans for the drone; like player being able to control it, to set targets and attack them, attach a camera to it and set targets to fly over and control the speed of it.

It comes in 2 types. 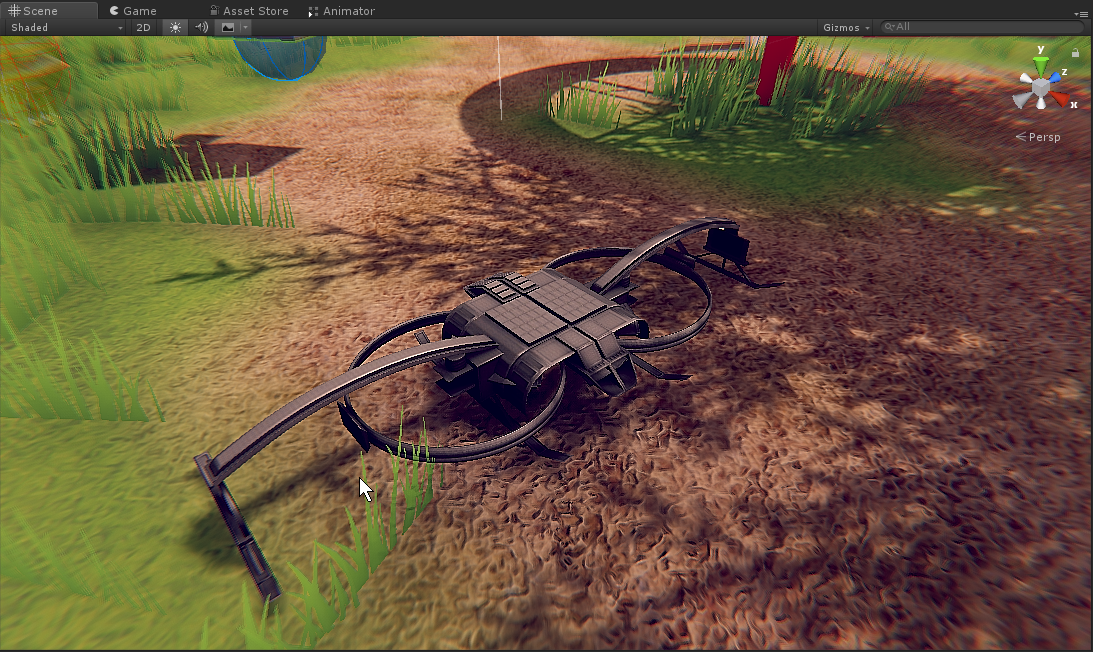 First one has more power and flies higher. 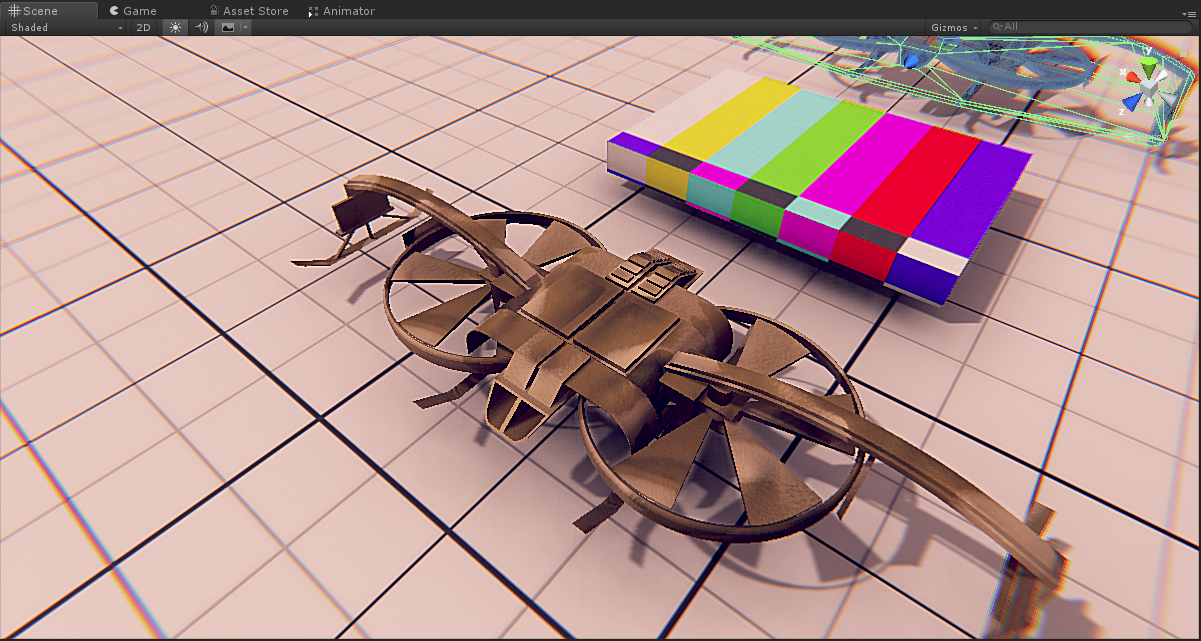 You can also sit on it, but that’s just personal in-editor fun. 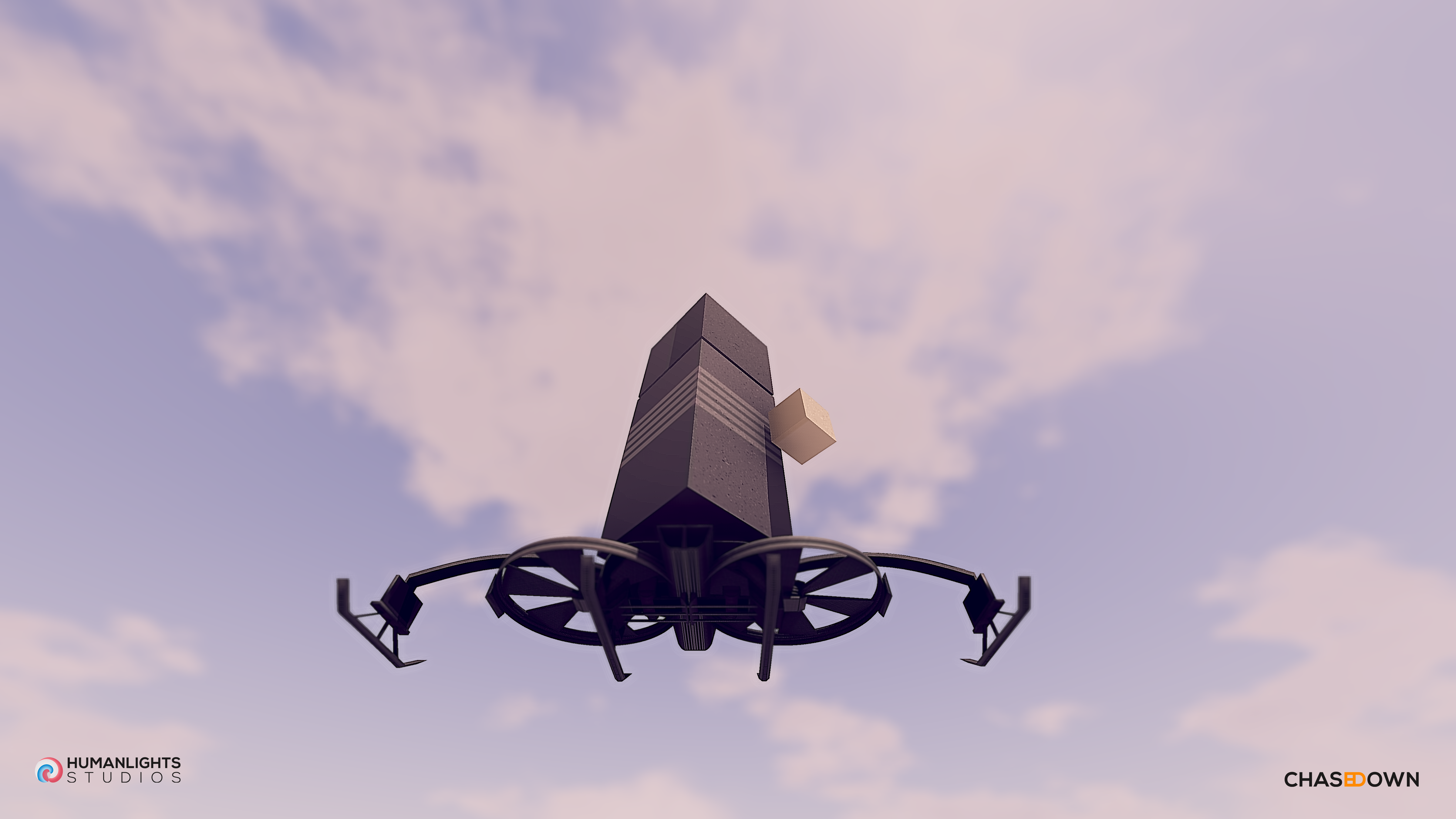 Adding the drone, realized I can easily implement a helicopter, so I did! The helicopter currently has also the same decision preset as the thief. It has a spot light, so when the player gets in it, the helicopter follows the player. Right now that’s all it does, and besides following targets, as any other NPCs, they patrol the world. Take a look as it takes off:

I’m aware that I should add some sound effects to it.

That’s quite of a tricky thing. Right now the way drones fly, is pretty much walking on the ground and the Y axis being modified by my aircraft scripts (bad way). I’ll work on it to can make the AI freely go wherever upwards as well.

The player interaction with objects/shops or worldmodels sucks balls. It uses trigger collision to detect if something’s in front of it, then does the thing; searching for some interaction script on the collided object, then shows on screen what you can do.

Never do this, kids. By the next month I’m going to implement it to use raycasts, which will fix plenty of issues that are happening right now.